Studies reveal that boys being sexually abused remain largely unknown, unacknowledged, and not responded to, across a wide range of contexts and cultures.

New Delhi, 13 April 2022: Around the world, 1 in 6 boys experiences sexual abuse; many more are exploited or exposed to inappropriate sexual materials. Evidences suggest that the situation in India is also not different and underreporting keeps the magnitude of the issue under the wraps as elsewhere. These experiences are having long-term negative consequences for boys’ health and wellbeing.

In order to highlight the issue of sexual abuse of boys, a sensitisation campaign titled Blue Umbrella Day (BUD) is being organised on April 16, 2022. Blue Umbrella Day (BUD) is an international day to encourage adults to play a bigger role in protecting boys from harm and caring for them in ways that best support their wellbeing. Globally this campaign is intended to raise awareness of sexual violence affecting boys. The BUD campaign is organised by Family for Every Child (FFEC), UK, a global alliance of 41 local CSOs (including Butterflies) from 37 countries.

In 2007, the Ministry of Women and Child Development, GOI, conducted a national study to understand the magnitude of child abuse in India and found that 53.22% children faced one or more forms of sexual abuse and among them, the number of boys abused was 52.94%. The outcome of this study was that MWCD, GOI, brought in a law POCSO Act 2012, to protect children from sexual offences. This is a gender neutral law and first of its kind in the region. A number of other countries have since adopted a gender neutral law.

The four Asian members of FFEC, Center for the Prevention and Treatment of Child Sexual Abuse (CPTCSA), Philippines; First Step, Cambodia; Voice of Children, Nepal and Butterflies, India did an empirical study, on the subject to analyse the links between dominant perception/notions regarding sexual abuse of boys, sexuality and masculinity. The study participants were adolescents and young persons.

Research and ethical protocols was observed by an in-country assessment. All staff-researchers had reference checks regarding their suitability and asked to sign their commitment to the child safeguarding policy of the organisations. The lead researcher ensured that all teenage boys and young persons completed a risk assessment by the caseworker to determine if they felt the individual was in a stable condition to participate. No teenager or young person was invited to take part in the research if this process was not completed and they were given the opportunity to opt out at any point of the interview and to say if they wanted anything they said to be deleted. Informed consent of the participant and their parents were also taken.

The study in the four countries revealed that the dominant perception is that sexual violence of children happens to girls and if boys are sexually abused it is an aberration. The notions of masculinity serve to instruct boys to be strong, brave, courageous, aggressive, independent and that they can take care of themselves. Boys are reproached differently to girls for their abuse, for example being seen as weak for ‘allowing it to happen’. Widespread incomprehension about the potential for sexual violence against boys is mirrored in embarrassment amongst caregivers, community members and boys themselves, and disbelief by authority figures, contributing to under-reporting and social isolation. The silence surrounding any discussion of sexual violence against boys can aggravate trauma and exacerbate their vulnerability to further abuse. The studies urge people to break the silence on sexual abuse of boys in all countries. Furthermore, it raises the question for boys, that their family members and caregivers play an important role in defining their masculinity, they are also influenced by friends, teachers and a variety of media platforms such as television, film and social media. However, families and schools appear to be far less influential than friends, television and the internet in constructing boys’ sexuality and masculinity.

In the study conducted by Butterflies titled ‘Breaking the Silence’ several myths were uncovered on survivors and perpetrators and revealed that majority of the boys were sexually abused by perpetrators known to them. The known persons included close relatives, neighbours, older friends and adult acquaintances. Challenging the stereotype, that men are the perpetrators, it was found that along with men, women and older boys or peers were also the perpetrators using varying strategies ranging from explicit use of force and threat to persuasion to sometimes giving gifts and money for sexually abusing the boys.

Almost all the survivors described their painful experiences and resultant fear, anger, rage and shame due to the instances. “(I) was told that I will be killed. I got scared…even I cried, …”, said one of the participant. Another one linked response with notions of masculinities; “I was very angry and was going to hit him with a stone. I was very angry and felt that I was not a man”. Abhay, 17-year-old from India.

“Most of the time, their parents don’t worry too much about them because they’re boys, they’ve got nothing to lose. Unlike for girls who can get pregnant. Hence, girls are really protected.” Jaycee, boy victim of sexual abuse, Philippines.

“My parents never cared where I was going out, and they did not worry about me as they think I know how to protect myself as a boy.” Kim, young person from the general population, Cambodia.
“Fighting is the quality of being a boy.” Ahir, boy from the general population, Nepal.
As a result of lack of support from parents, some of them were found to be living in fear, absented themselves from schools, lost interest in studies and some dropped out of school.

“Recognizing this silence, we need to change the narratives surrounding sexual abuse of children. That’s why, this 16th April, we are drawing attention to this issue through a Blue Umbrella Day (BUD). The campaign emphasises on the fact that we should protect boys from sexual violence; to recognise that sexual violence is experienced by children, both girls and boys and both need care and protection.” said Rita Panicker, Director, Butterflies.

Butterflies is part of the Family for Every Child Global Alliance in initiating the Blue Umbrella Day (BUD) campaign, an international day to encourage parents, communities, and societies to protect boys and nurture them in ways that best support their wellbeing.

“In India, we (Butterflies) and thirteen other NGOs from nine states of India, who are members of the National Alliance of Grassroots Organisations (NAGN) are running the Blue Umbrella Day campaign. We have created a special song, initiated social media activities and mobilised the traditional media on this issue. We hope that by starting a public discourse, we can challenge many dominant social norms related to gender, masculinities and sexuality and give all children, girls and boys equal adult protection, care and guidance” added Ms. Panicker. 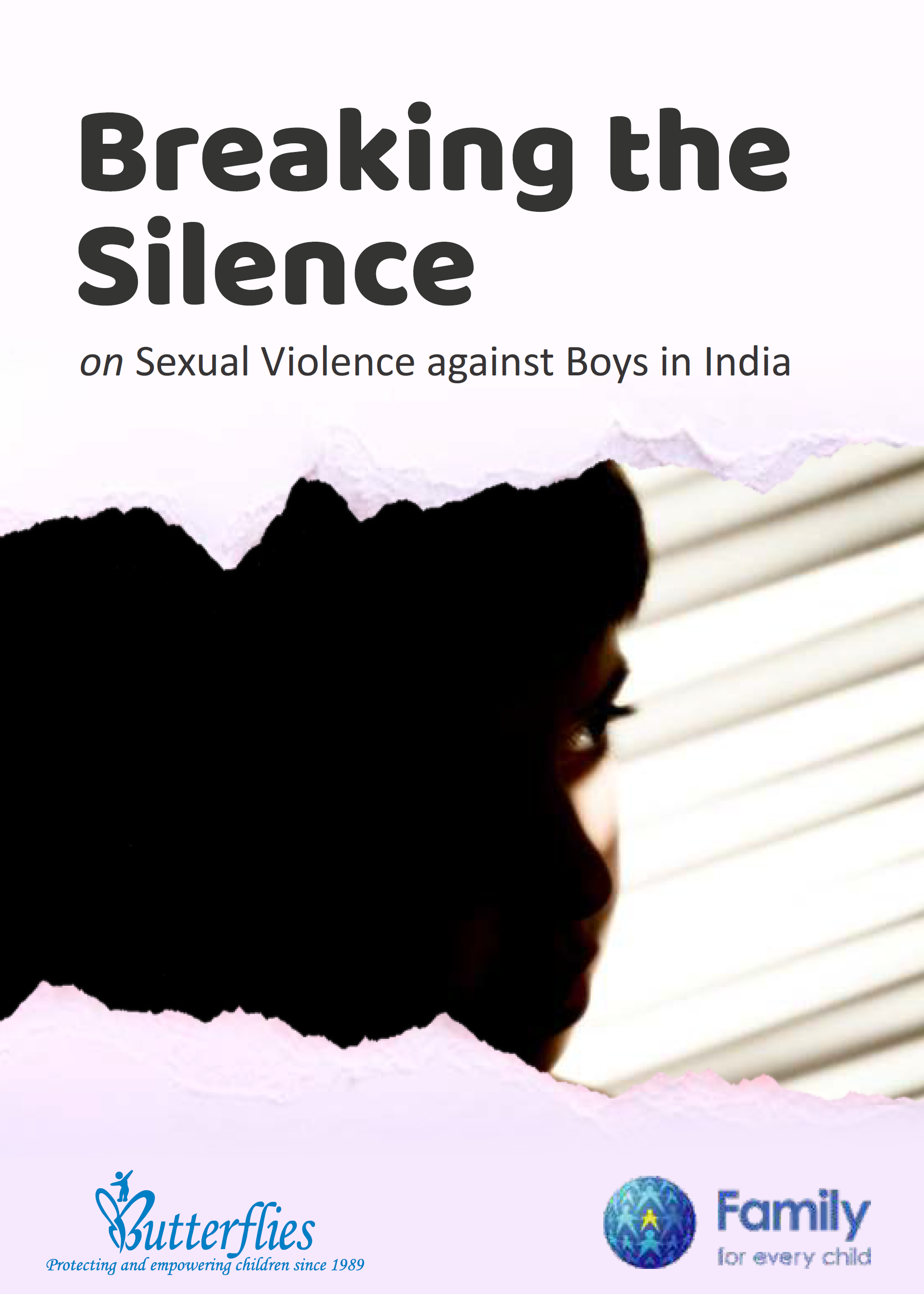 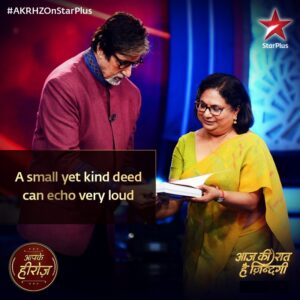 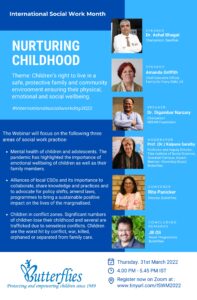 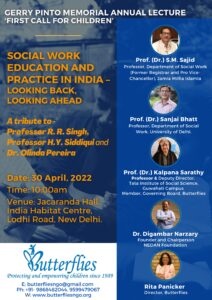 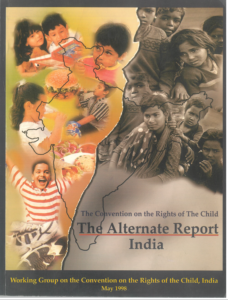 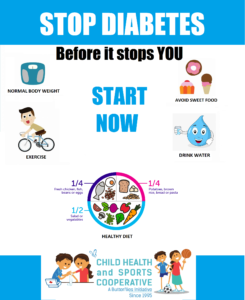 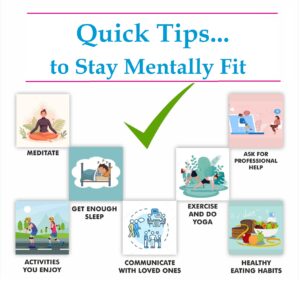 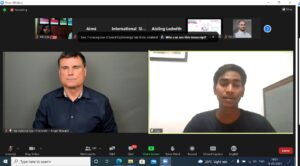 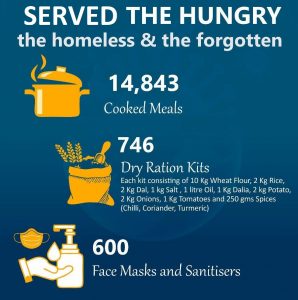